Some Black Guy Did It! (Homophobia & Race) 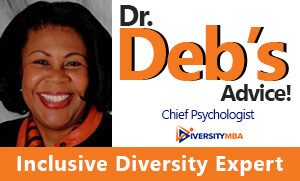 Thank you to Black Lightning and How To Get Away With Murder for breaking the stereotype that the black community is ultra-homophobic. Maybe it is because the eldest child amongst all us grandchildren was/is gay. Maybe it was because he was the apple of our grandmother’s eye. Maybe because his siblings deferred to him because he was the oldest. I did not see the black community as being any more homophobic than the white community.

Heck, when I was in 7th grade practicing to be a majorette for the Bud Billiken Parade, the drum major would be outside teaching us prospective majorettes to twirl our batons with his housecoat and pink slippers. Pubescent boys would watch us, 11- 13-year-old girls, throughout our practice, and not say ‘boo’ to the drum major. And we lived in the heart of the ghetto.

When I was older, I learned that homophobia existed in the black community. I also learned that racism tended to project homophobia as a black trait. People did not talk about homophobia in the white community or expound on white men being on the ‘downlow’. The emphasis was on the black community being more intolerant. As a black person, I flashed to Law & Order and when a crime was committed by a white or Asian perpetrator, the character said, “Some black guy did it!” À la Susan Smith, who killed her children in 1994 and Charles Stuart who killed his pregnant wife in 1989.

In 2008, the immediate non-analysis was that despite blacks representing only 8% of the total electorate that voted in California, blacks were blamed for the passage of Proposition 8, which would have banned gay marriages. Sixty-one percent of California voters were white, 10% were Asian and 22% were Hispanics.  But a skewed unscientific CNN exit poll laid the passage of Proposition 8 on the high turnout of blacks wanting to elect the first black president.

While some conservative black and Latino pastors did support Prop 8, the main spearhead of Prop 8 was the religious right, which included white evangelical Christians, Mormons and Catholics. The myth persisted, even when an in-depth analysis of 2008 California voters demonstrated that the religious right raised $83 million to pass Prop 8.

Let’s be clear, homophobia exits. However, a person willingness to identify as gay would be one indicator as to how open his/her normative group is to the LGBT community. The first year the Gallup Daily Tracking collected U. S. data on adults identifying as LGBT by race/ethnicity was 2012. Black Americans were more willing, closely followed by Hispanic Americans, to identify as LGBT than any other group. White Americans were least likely to identify as LGBT. Despite the emphasis on machismo, and how non-Hispanics may view machismo, since 2013, Hispanics, followed by black or Asian Americans, were the most likely to identify as LGBT. Since the collection of the data, white Americans have been the least likely to self-identify, i.e., to out themselves. The data speaks for itself. Minorities, people of colors, are not more homophobic. Let’s debunk the myth, the stereotype!

Percentage of U.S. Adults Identifying as LGBT by Race/Ethnicity, 2012-2017