The State To Which We’ve Descended 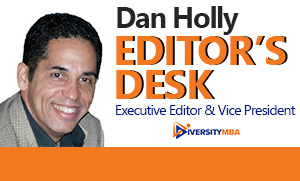 I am writing this blog at the week after the Senate hearing on the allegations of Christine Blasey Ford against Brett Kavanaugh, the Supreme Court nominee. I am also reading “Hillbilly Elegy,” a book that offers a window into the culture of the rural, white working class.

The book was written by J.D. Vance, who escaped an upbringing in impoverished small towns in Kentucky and Ohio among hillbillies (his term) and rose to become a Yale-trained lawyer. Half memoir, half sociological treatise, the book is a heart-felt effort to get the world to understand his people, who he defends and explains even as he laments their self-destructing attitudes and habits.

The book is a noble effort to bridge gaps and bring people together – rich and poor, urban and rural, black and white. It came out in 2016 and it already seems like ancient history.

The stunning, angry, partisan tirade that Kavanaugh unleashed in his opening statement in that hearing showed that Pres. Donald Trump’s slash-and-burn, take-no-prisoners style has filtered down even to a Supreme Court nominee. The statement was filled with harsh criticism of Democrats, wild conspiracy theories and even threats of reprisal. Kavanaugh sounded more like a drunk, angry guy you’d meet in a bar than someone interviewing for a lifetime position on the highest court in the land.

The fact that Kavanaugh felt (one presumes) that this extremely undiplomatic speech would not hurt his chances of confirmation shows the state to which we’ve descended. He had enough Republicans to support him so why worry about insulting a bunch of senators to their faces? (One could argue that a Democrat in that situation would act similarly, but that right now is a hypothetical argument.)

I was impressed that Vance wrote this book. I have no trouble doubting his sincerity. Seeking to explain why many people in Middletown, Kentucky, hated Obama, Vance writes: “Many of my friends blame racism for this perception of the president. But the president feels like an alien to many Middletonians for reasons that have nothing to do with race.”

Vance goes on to list characteristics of Obama that surely must seem alien to many in that small town — Obama’s Ivy League education, his eloquent speeches, his Chicago upbringing, etc.

As I said, the book came out in 2016 – before Trump was elected president. Vance had no way of knowing back then that the same rural Kentuckians who felt alienated by a fellow Midwesterner who grew up of modest means would so strongly embrace Trump, a man born with a million-dollar bank account, a man who made a fortune in New York City real estate by sometimes stiffing people and declaring bankruptcy. Vance had no way of knowing that his people, whom he describes as patriotic and God-fearing, would come to see a man who uses coarse, profane language, has bragged about assaulting women, has cheated on all three wives and paid hush money to a porn star as their hero.