Sophia Lee to Continue as Chief Diversity and Inclusion Officer in 2020; Christopher Lewis to Transition to Emeritus Role

Blank Rome LLP is pleased to announce that Sophia Lee will serve as Blank Rome’s Firm-wide Chief Diversity and Inclusion Officer and Christopher A. Lewis will transition to an emeritus role, effective January 1, 2020. Sophia and Chris have served as co-chiefs since January 2019, when Sophia joined Chris in this capacity. Chris was appointed to the role in May 2011 and has transformed the Firm’s diversity and inclusion efforts in significant ways. 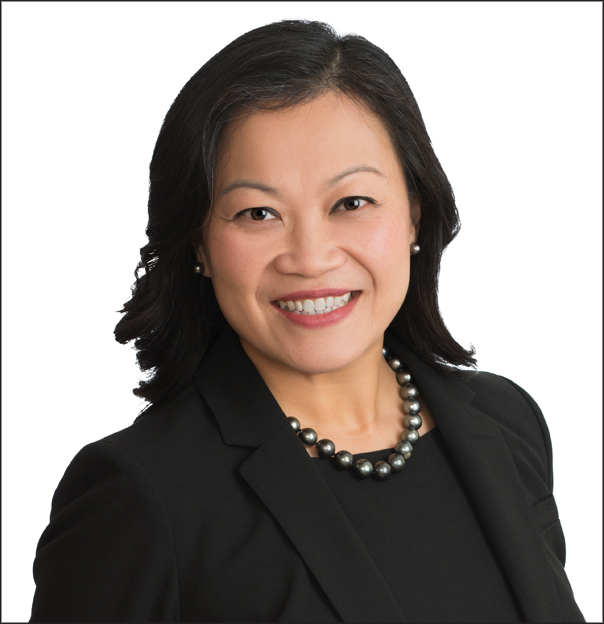 “Blank Rome’s founders envisioned a Firm where people of diverse backgrounds could practice law together,” said Grant S. Palmer, Blank Rome’s Managing Partner and CEO. “Committed to this guiding vision, Chris has successfully led, advanced, and expanded our Firm’s diversity and inclusion initiatives. Under his leadership, we have received numerous honors and awards for our collective efforts to foster an environment of diversity and inclusion through progressive Firm-wide initiatives. Chris and Sophia have worked side-by-side over the past year to execute on several innovative programs and plan for 2020 and beyond. We are thrilled that Sophia will be leading our efforts and that Chris will continue to provide guidance and support in his emeritus role.”

As Chief Diversity and Inclusion Officer, Sophia will continue to work closely with the Firm’s leadership on strategic initiatives and programming, including recruiting and mentoring; client partnerships, education programs, and special events; general counsel and thought leader roundtables; career development and advancement programs; and ongoing community outreach. She will also continue to chair the Firm’s Diversity and Inclusion Committee and work closely with the Firm’s BR Pride, BR United, and Women’s Forum affinity groups.

“I am excited to step into the role of Chief Diversity and Inclusion Officer, leading the Firm’s charge of increasing diversity, embracing inclusion, and advancing equity as we look to the future of the legal profession—from addressing the concerns of our legal communities to meeting the need of our clients,” said Sophia. “Standing on the shoulders of those who have come before me, the Honorable Nathaniel R. Jones, our Firm’s first Chief Diversity and Inclusion Officer, followed by Chris Lewis, I will be a steadfast advocate for diversity, inclusion, and equity who recognizes the legacy of our Firm’s founders, elevates our difficult discussions, and continues to push forward toward our ambitious goals and objectives. On a personal note, I am grateful to Chris for his mentorship, championship, and friendship as we have worked together over the years on the Firm’s diversity and inclusion initiatives and with the broader legal community.”

In addition to her leadership role as Chief Diversity and Inclusion Officer, Sophia is a partner in the Firm’s Energy group, concentrating her successful litigation practice in the energy industry, handling commercial, environmental, products liability, and toxic tort matters. She previously served as chief litigation counsel at Sunoco, Inc., as a litigation attorney at another AmLaw 100 law firm, and as a federal judicial law clerk to the late Honorable James McGirr Kelly, U.S. District Judge for the Eastern District of Pennsylvania. She has also previously held an adjunct assistant professorship at Temple University’s School of Tourism and Hospitality Management, affiliated with the Fox School of Business.

Sophia is a frequent lecturer and author and holds leadership positions for numerous legal, civic, and charitable associations. She currently serves on the boards of the Girl Scouts of Eastern Pennsylvania, Pennsylvanians for Modern Courts, the Philadelphia Education Fund, and the Public Health Management Corporation. She is an active member of the Forum of Executive Women, a board member and past president of the Asian Pacific American Bar Association of Pennsylvania, a board member and past president of the Philadelphia Diversity Law Group, a past diversity chair for the Philadelphia Bar Association, and a past vice-chair for the Mayor’s Commission on Asian American Affairs.

In acknowledgement of her impressive professional achievements and civic contributions, Sophia has received numerous national and regional recognitions. Most recently, she was named an “Influencer of Law” by The Philadelphia Inquirer, a recognition that honors Philadelphia’s leading lawyers who have “shaped, changed, and transformed the legal industry.”

Mansfield Rule: In June 2017, Blank Rome became one of 30 leading law firms to pilot Diversity Lab’s Mansfield Rule program, which measures whether law firms have affirmatively considered women and attorneys of color—at least 30 percent of the candidate pool—for leadership and governance roles, equity partner promotions, and lateral positions. Blank Rome has since achieved Mansfield Rule Certification for successfully completing the pilot program and signed on to participate in expanded iterations of the initiative, Mansfield Rule 2.0 and Mansfield Rule 3.0.

Women’s Leadership Summit: Beginning in October 2017, and each year thereafter, Blank Rome has held its annual Women’s Leadership Summit, an exclusive client event that brings together women leaders in law and business to participate in unique and collaborative learning experiences. Drawing from a stellar lineup of facilitators and the collective experience of attendees, the innovative summit offers meaningful professional connections and fresh leadership and business tactics.

Blank Rome is an Am Law 100 firm with 14 offices and more than 600 attorneys and principals who provide comprehensive legal and advocacy services to clients operating in the United States and around the world. Our professionals have built a reputation for their leading knowledge and experience across a spectrum of industries, and are recognized for their commitment to pro bono work in their communities. Since our inception in 1946, Blank Rome’s culture has been dedicated to providing top-level service to all of our clients, and has been rooted in the strength of our diversity and inclusion initiatives. For more information, please visit blankrome.com.