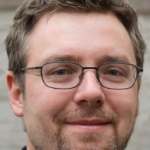 It’s hard to envision that there are a whole lot of positives coming out of the global pandemic. COVID 19 has led to hundreds of thousands of deaths, and its disruption to the global economy has been profound.

But it turns out there is at least one benefit to millions of people working from home and staying away from restaurants, entertainment, and public events. We have seen a huge, global decrease in air pollution.

The European Space Agency (ESA) has been using its Sentinel 5P satellite to analyze the levels of Nitrogen Dioxide present in the air. This particular gas is produced from car engines, industrial plants, power plants and other sources that have seen downturns in use in a global lockdown.

When inhaled, NO2 can cause damage to the respiratory system and can worsen the effects of lung and throat issues such as asthma, bronchitis and – most relevant to current conditions – this strain of the coronavirus.

And while it isn’t technically considered to be a greenhouse gas, an analysis of the NO2 levels in the atmosphere is a good indicator of the levels of greenhouse gases that we’re dealing with right now, too. This is because the root causes of these two issues are the same.

The results of this analysis by the ESA are quite interesting. Over places in which there is typically a lot of pollution, we can see a drop of around 20% in NO2 emissions. This includes places such as Wuhan, the area in China where the virus had its origins, and Seoul, South Korea, which was one of the cities in which the virus took hold at a very early stage.

Milan, Italy, has seen a drop of 40% in emissions. Researchers at Columbia University in New York City have determined that Carbon Monoxide emissions in that metropolis have fallen by half.

How will ‘normal’ change?

This has been a year of unprecedented occurrences and the air pollution situation is no exception. We have never seen such a mass reduction like this before.

While it makes sense for it to happen, it’s not something that has been the subject of much thought or planning. So it’s difficult to say how long-term the benefits of this reduced pollution will be.

Once the pandemic is over, life will slowly go back to normal. And if we truly want a return to normalcy, that is going to mean that all of the industries that have shut down production will have to restart again and all the businesses that are closed will reopen. A resurgence in these toxic gasses is inevitable.

But that does not mean that we have to do everything the way we did before the pandemic. What we have seen over the past several months is that it is indeed possible to slow down the forces that are contributing to climate change and our planet’s destruction.

The question is how much will the pandemic change what we consider “normal?”

Reducing air pollution from industrial and power plants will be a challenge; it won’t be easy to shut those down or to alter the manner in which we generate power. But reducing pollution caused by vehicles would be a lot easier. Traffic has decreased worldwide because so many people are working from home. Many companies are discovering that a lot of jobs can be done effectively from home – and it’s not just IT companies. Major companies such as Coinbase, Nationwide Insurance and Shopify are allowing some of their employees to work from home permanently.

For all of the complaints we get about video conferencing tools like Zoom, people are learning to use them – and discovering that a lot of business that used to be conducted in conference rooms can easily be conducted online. (Many have learned the hard way the importance of knowing whether your mic and camera are on or off, but we are learning those lessons and becoming more comfortable with these tools.)

Part of a larger movement

The infrastructure that allows us to keep our vehicles in the driveway (e.g. Grubhub, Uber Eats and Doordash) already was growing before COVID and continues to grow. In September of 2020, sales for meal delivery services grew 125 percent year-over-year, collectively, according to the website Second Measure.

Less use of vehicles is combining with the ever-increasing demand for eco-friendly cars as consumers react to climate change. Electric cars, once luxury items, are easily obtainable from used car sites where consumers can find bargains.

The biggest change that needs to happen is that we need to move away from fossil fuels on a large scale — and this, too, is already happening. Efforts are underway across a variety of industries to reduce greenhouse emissions, according to Scientific American magazine.

If working from home helped make the world more aware of, supportive of and encouraged about efforts to fight climate change, we might be able to gain long-term and lasting benefits from the pandemic.

If we just imagine that the threat of climate change is as big of a problem as COVID-19 and restrict ourselves with similar tenacity, then we could see some real progress towards saving the planet.

Joseph was born in Alberta, raised in NYC and is living in New Zealand. He is focused on writing as his next career.