What The Numbers Tell Us 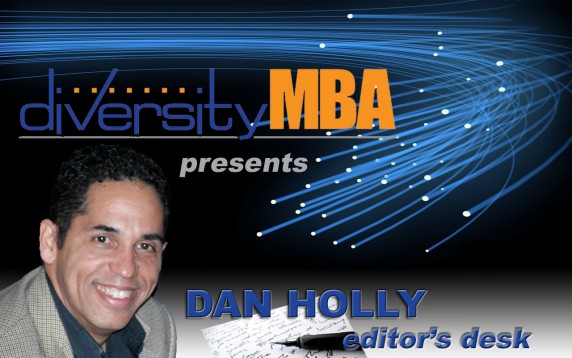 In one of his most masterfully crafted songs, folksinger Bob Dylan wrote: You don’t need a weatherman to know which way the wind blows. I apologize for messing with a masterpiece but let me add a corollary – it helps if you’re outside.

Hispanic-owned businesses are growing at a rate 15 times the national average, according to a recent report jointly conducted by the research firm GEOSCAPE and the U.S. Hispanic Chamber of Commerce. Anyone paying attention knows that Hispanics are a growing part of the consumer market. The U.S. Census projects that Hispanics will increase to about a third of the U.S. population by 2050.

But those numbers shocked me – 15 times the national average? Starting a business is a huge risk – about half fail in the first five years, according to U.S. Bureau of Labor statistics. Why are Hispanics jumping at the opportunity to create new businesses like it’s the gold rush of the 1800s?

To put it in Dylan-esque terms, we all know which way the wind is blowing, but those who are outside know just how hard it’s blowing.

Clearly, many businesses are venturing outside from time to time. It’s almost hard to remember the days when almost every model or action and almost every ad was white or black. The trend these days seems to be put the full rainbow of color in just about every ad campaign.

And remember when companies were reluctant to offend callers by asking them to choose a language? Now, it’s common: “Press 1 for English, oprima el dos para Espanol.”

At the beginning of this month, I saw more events related to Cinco de Mayo than I ever had before. Cinco de Mayo, for those who are language-challenged, is May 5. The date marks the Mexican Army’s victory over the French in 1862. It’s a day to celebrate Mexican-American culture. Where I live, I saw a lot of bars and restaurants offering specials on margaritas and queso, etc., which may be a pedestrian way to commemorate a military victory but, on the other hand, it shows that the celebration is part of our everyday lives.

But as much as businesses big and small are courting the Hispanic consumer, that number – 15 times the national average – suggests there is room to go farther. In a recent issue of Diversity MBA Magazine, we had an article about a Latino who worked his way up the ladder to become CEO of a New York City bank. It was one of the country’s oldest lending institutions with a rich history, steeped in tradition.

This gentleman had an epiphany at one point in his career and decided that, with New York City’s population changing so rapidly, embracing his Hispanic roots would help any institution where he worked. The bank, to their great credit, embraced someone who was different from any CEO they had ever had.

The bank is thriving, and nearly 50 percent of its new customers are Hispanic. Clearly, they know which way the wind is blowing and how hard it’s blowing – and they are being swept up and carried along with the change.